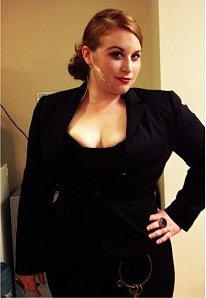 ALI RAMSAIER, an Atlanta native, has a deep foundation of music. Being fully immersed into listening to music from artists like Judy Garland, Frank Sinatra, Diana Ross and Aretha Franklin, Ali has developed a sound that encompasses her appreciation and passion.

She has performed professionally nationally touring with The Women of Ireland, singing with David Foster, Barbra Streisand, and Andrea Bocelli, and recently performed alongside Nancy Opel at the New World Stages Theater in New York City with Broadway Dreams. Besides performing, Ali has worked in London with major casting director, Mark Summers.

Ali can be seen in performances on the Atlanta music circuit and has sound tracts available on SoundCloud and CDbaby. Ali also offers private music lessons and has an entourage of followers.